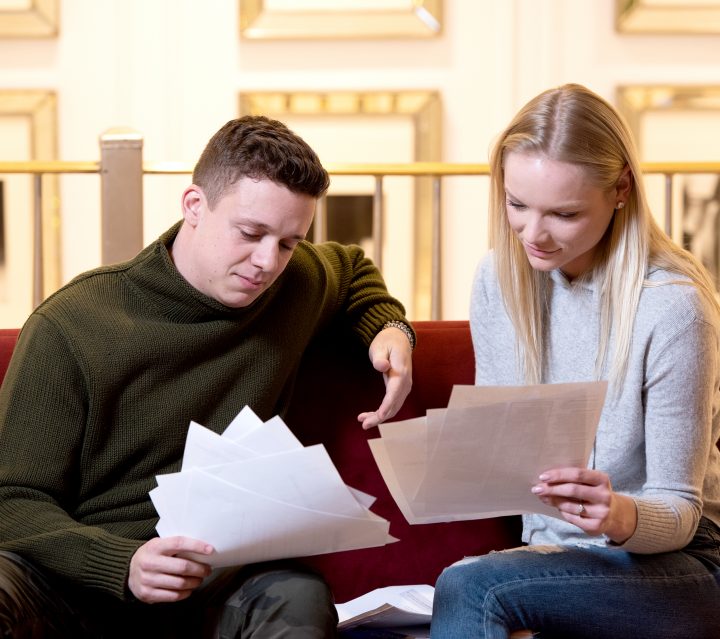 You probably read that title and thought “wait, what?” I get it; it’s a weird and possibly taboo topic.

Are you saying there are men out there who willingly change their surname to their wife’s?

And the answer is yes, my friends, there is. It is sporadic to find, and I’m not going to lie, it took me forever to find three men willing to talk about their experiences, but in the end, I came out victorious. More and more women today are choosing to keep their last name or deciding to merge last names after marriage. It’s no wonder considering the role of female workers in society rising, political movements, lack of women’s rights brought to light, and same-sex marriage being legalized in 2015.

The following interviewees have changed their last names to their wife’s and here’s why they did it.

What thoughts went through your head when you decided to take your wife’s name?

Surprisingly, not much *laughs*. We had been together for over five years and engaged for two, so we knew who was changing what after the wedding. My father’s from Afghanistan and my mother is American, and she took my father’s last name. I’ve never really been one for tradition and work-wise, my wife is the breadwinner of the family so when she told me she was keeping her maiden name, I knew I wanted to take her name as well.

How did your family react to the news of you taking your wife’s name?

My father is a very old fashioned man, so when I first told him, he thought I was joking. He laughed it off and said to me that real men don’t make decisions like these. In his mind, I was throwing away my family name, but I didn’t see it that way.  My mother, who’s considerably more open-minded since she grew up in the states did her best to convince him that times have changed, but no luck. I’m still on good terms with him, but if someone were to bring up the subject, God help us all.

Do you ever have second thoughts about changing your name back?

I do not. It’s not something i even think about really. It’s a small sacrifice I was willing to make for my wife and what’s done is done.

Did you face any criticism at the workplace because you took your wife’s name?

You know, it’s hard not to be criticized no matter where you go. The idea that a man can take his wife’s name isn’t even recognizable by society yet. Many of my co-workers thought I was in a same-sex marriage, but when I cleared things up, some jaws dropped. They were shocked, to say the least. To others, it’s a very political topic, when it’s just an intimate decision you make that should concern you and your partner.

What prompted you to take your wife’s name?

My wife is an only child to Irish immigrants. We were discussing merging names or possibly hyphenation when it dawned on her that she didn’t want to lose her family name. At first, we didn’t dig into it because it just seemed like too much work. When we found out we were pregnant; we decided its best to stick to one family name, which was hers.

Do you ever miss going by your birth given name?

It took some getting used to in the beginning, especially the paperwork process and practicing a new signature at work. Now and then, I get nostalgic, but I never regret the decision. I have two children now, who definitely look more like their mother than me *laughs*, so I feel like I made the right choice.

How did you come to take your wife’s last name?

We were on our honeymoon, and we arrived at the hotel ready to check in. The woman behind the desk addressed me as Mr. Perez and Dr. Delgado, who is my wife. Even before marriage, I  knew my wife’s work status would forever outshine me, and it always made me proud to introduce my wife to people as a doctor. You instantly feel the atmosphere shift as soon as a doctor walks in the room, right, and I always told her how envious I was. I knew my wife would not change her name and I had no problem with that considering her name meant a lot in her field. I took her name because I was immensely proud to be married to her.

What has been the biggest challenge for you down this road?

Paperwork, paperwork, and more paperwork! I had to visit the DMV, the SS office, the bank, and everywhere that needed a name change. People would not believe that a man was taking his wife’s name. I saw in people’s eyes how belittling I seemed in front of them. No matter where I went, people were struck with confusion. My family, friends, and peers were sure that it was my wife’s choice and not the other way around. I felt explaining myself was absolutely useless.

How did your wife react when you told her?

She tried to talk me out of it. She insisted we both keep our surnames and not worry about changing them at all. She was sure I was going to go through hell and round-the-clock interrogation from all our friends and family. She was right! But if I could go back and do it all over again, I would. Some people are just worth it.